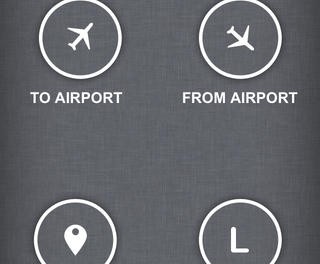 There are numerous blogs written by different technical writers and business analyst on topics like PhoneGap, Xamarian, RAD Studio, RhoMobile, icenuim, Appmethos, Appcelerators and many more topics. Top companies like facebook and linkedin have used cross platform app development for mobility. This definitely makes us believe that cross-platform mobile development is the demand for the present generation of mobile development.

Next Post – How to develop Android app for travel & hospitality business

Cross-platform has gained this position based on the benefits that it possesses in comparison to its competitors. The foremost benefit is saving time which is achieved through the implementation of one code base for different operating system like iOS, Android, Windows, Blackberry and many more. The technologically advanced tools for developing hybrid apps have addressed the issues like low performance and less usage of native functionality of the mobile devices.

The tools for hybrid mobile development implements various wrappers or containers, to get access to the native features like camera and accelerometer which is done through JavaScript API call. This differentiated the hybrid apps from the web-based apps which use HTML5, CSS and JavaScript. The native app has got the capability of getting into the app store which is not the case with web based apps. This comparison can only lead to one meaning, native development is possible based on the circumstance where you want to spend your time and effort on different projects.

What are the limits of cross-platform mobile app development?

The limitation of cross-platform is still not known by the developers. As per the report published by Research and Market, a market research store the market of cross-platform mobile app development has been diminishing owing to a number of factors. One of the foremost reasons had been the growing demand of the native app among the developers. The inclination of the developers towards the native app is mainly challenges in regards to the web technologies and access to the device level functionalities.

The next reason for the diminishing value of cross-platform development platform is the reducing level of productivity return. This factor has been cited in regards to the feedback received from the developers about gaining less efficiency with the implementation of cross-platform. The drop in the productive level has observed in comparison to the previous year.

Some of reports have even stated that lack of native app development resources within in an enterprise is the reason for the growth of cross-platform app development. Some of these reports could be cited as coverage to gain more attention and views for the publishing company.

There have been many reports published in regards to cross-platform app development. As per the report generated by Vision Mobile Ltd, the non game developers prefer the 1.75 platform. But if we consider cross-platform development to be the most preferred platform for app development, the number would have been much higher. Going by the list of most popular category of third party tool, cross-platform hold the third position after ad networks, cloud computing and push notification. In another statement issued by Vision Mobile, it has said that 26% of the cross-platform tool (CPT) user targets a single platform. The most probable reason behind this is using CPT for in order to avoid learning about the native platform. This helps the developers rather than focusing on the benefits for customers.

In one of the article titled “to go native or not to go native”, it has been stated that when it comes to the case of primary platform, Android is gaining more space over iOS. This data was supported by 42% voting in favor of Android and 32% in favor of iOS. The introduction of the swift programming language by Apple Inc has made native app development more accessible for the mobile app developers. In an attempt to make the native app more demanding, it signed up with IBM. On the other hand Google’s strategy is to make the usage of web technology accessible for everyone, this helps in tracking the users for the purpose of ad targeting. The current technological development by Google creates a more blur line between the native apps and web.

To add to this I have some more facts about cross-platform mobile development for you. As per the report, most of the developers remain faithful to one app store. The report by the appFigure blog spot further states that 272,000 developers targets the iOS app store and 293, 000 developers works in the Google play store that is Android centric. The percentages of developers who target both the app store were around 11%, amounting to around 58,000 developers. What we can conclude from this report is the fact that developers prefer to stick to a single platform.

The question about the significance of cross-platform app and its impact on the developers across the world has been asked again and gain. The about information was more focused on native apps taking over the web technologies what the question regarding cross-platform mobile development still remains.

As per the majority numbers of developers, the implementation of cross-platform tools doesn’t compromise with the quality of the app. As per the report generated regarding the quality of the apps developed through cross-platform tools, 81% of the claim made supported the statement that cp tool generate high-quality apps and in certain cases better than the native apps.